There’s no better way to get to know a country or region than through its food. If you have a sweet tooth, be sure to try some of these when in Dalmatia. 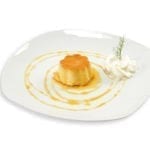 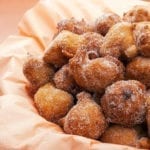 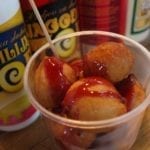 Dubrovnik rožata is a part of the gastronomical heirloom of medieval Dalmatia, and the first writings about this dessert go way back to 1300s Venetians. Even though the recipe has been carried over generations, it still holds its original formula for this delicious dessert.

The secret if its longevity in Dalmatia is in easy preparation, fantastic taste and humble ingredients. Rožata is a variation of the French crème brûlée, a perfect blend of sweet liqueur rosalin, lemon zest and caramel. Rosalin is a rose liqueur and is so integral to this recipe that the dessert was named after it.

Trogirian rafioli (Croatian: Trogirski rafioli) have an interesting origin story. The legend says that a certain miss Rafioli was kept prisoner at Trogir’s tower Kamerlengo and she spent her long days baking cookies, while she waited for her loved one to free her. A trogirian noble man came to her rescue and took her to his court, where she spent the remainder of her days happy and baking cookies for him. The recipe for rafioli is over 150 years old and are most commonly baked for festivities and celebrations. As most Dalmatian desserts, it’s a pastry stuffed with almonds, rum, lemon and maraschino. It is said they have an aphrodisiac effect, but you’ll have to check that for yourself.

This spiral-shaped cake originates from the island of Rab.

It takes three days to make and its main ingredients are almonds, lemon and Maraschino liqueur. The recipe was kept by the nuns of Antun Padovanski monastery and Benedictine nuns from the monastery of St. Andrew. It dates from the 12th century, and the legend says that this cake was served for the first time to Pope Alexander III when he visited Rab and blessed the Cathedral of the Assumption of Mary. You can get this cake as a souvenir and enjoy it at home because it has a shelf life of two months.

Fritule are a part of every festivity in Dalmatia and have made their way into continental Croatia, most notably during Christmas time. They could be described as a sweet pastry similar to doughnuts or Italian zeppoles.

Fritule are made from deep fried dough and can be topped with sugar, melted chocolate or cinnamon. You can find them at every street corner during a festivity. They are served in a big cup along with the topping you choose and are to be eaten with the help of a skewer.

Mandulata or bademovac is another dessert that takes advantage of a modest choice of  ingredients. It is made with egg whites, almonds, honey and sugar. The mixture of these ingredients is wrapped in wafer. Because of its nutritional values, it is not only a dessert, but an energy booster. This almond packed bar can be compared to the Italian torrone, and is believed to have been eaten in China, but with sesame instead of almonds.

Book your vacation and taste each one. You can start with rožata and fritule at the Mali raj restaurant in our Camp!