Time for a Mediterranean history lesson — here is the story of the island of Vir, Croatia!

It’s a bit hard to tell a brief history of Croatia because almost every corner of the country has a past that goes way back. The island of Vir is among them, with signs of settlements on the island dating from 35.000 BC. If you want to find out what happened on the island since these ancient times, read on!

The first official residents of the island were the Liburnians. This Illyrian tribe lived there from the 9th century BC and, luckily, scientists were able to learn a thing or two about their prehistoric lifestyle. They found out that the Liburnians lived in one-story clay houses with rooftops made out of various branches.

You could think that the closeness of drinking water, fields, pastures and the sea made the island life pretty idyllic, but the harmony was disrupted by their quarrels with the Greeks. Liburnians were successful tradesmen and sailors, which made them a sought after target.

Greeks weren’t the only ones causing trouble on Vir. From the 3rd century BC to the 4th century AD, Romans made sure they have domination over the island. Looking back, their rule wasn’t a negative thing. The Romans built roads connecting the island of Vir with Nin, one of the most politically important towns of the time.

The arrival of the Croats

Around the year 640, the Croats made their first steps on the island. Over the next few centuries, they started to form the Croatian state. One of its most important counties was Nin county, with king Petar Krešimir the 4th having his residence there. At that time, because of its proximity to the king’s town, Vir became even more desirable.

Over the years, Vir had many different owners, some of them being the Hungarians, Venetians, Austrians and the French. During the 17th century, the island became privately owned by the Crnica family. Some family members lived in the palace which today serves as Vir’s municipality building.

The legend says that in the 19th century a member of the Crnica family lost in a round of cards and had to turn the island over to its new owners, the Bakmaz family. Sounds like the most expensive game of cards in the ancient history of Croatia, right?

During this period, life on the island wasn’t easy. All residents were serfs whose days consisted of working on fields for their rich lords. This is why 1908 is one of the most important years in Vir’s history — the island’s territory was proclaimed as free and each resident became the owner of the land they lived and worked on.

The proximity of Nin and good connections to the mainland have always made Vir a desirable destination. Each owner made a mark on Vir and had a role in Croatian history and culture. Because of their influence, today you can enjoy Vir’s beautiful nature, ancient towns and numerous monuments. 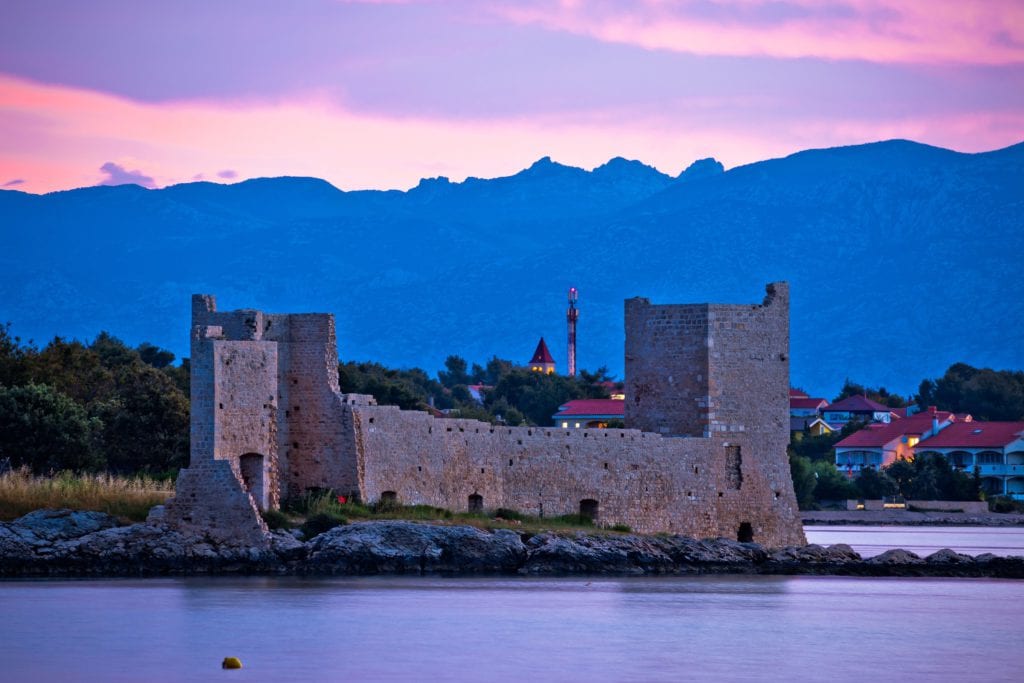 To learn more about the Croatian history timeline, take a trip to some other (but equally exciting) Croatian islands and towns!