For many people, the first association to the Pag Island Bridge is – wind. This impressive and resistant structure has an equally impressive story to tell, and wind is just one part of it.

Stretching over the deep blue sea and uniting the whiteness of the surrounding rocks lies the 300-metre Pag Bridge. In the south of the island, at the Ljubačka Vrata strait, the mainland is at around 200 meters’ distance and this is where the Pag Bridge, or Paški most in Croatian, was built and opened on 17 November 1968. At the time, it was one of the ten largest bridges in the world and Pag was the first larger Croatian island to be connected to mainland by bridge. It was a true sensation, modelled after the Šibenik Bridge which had been opened two years earlier. 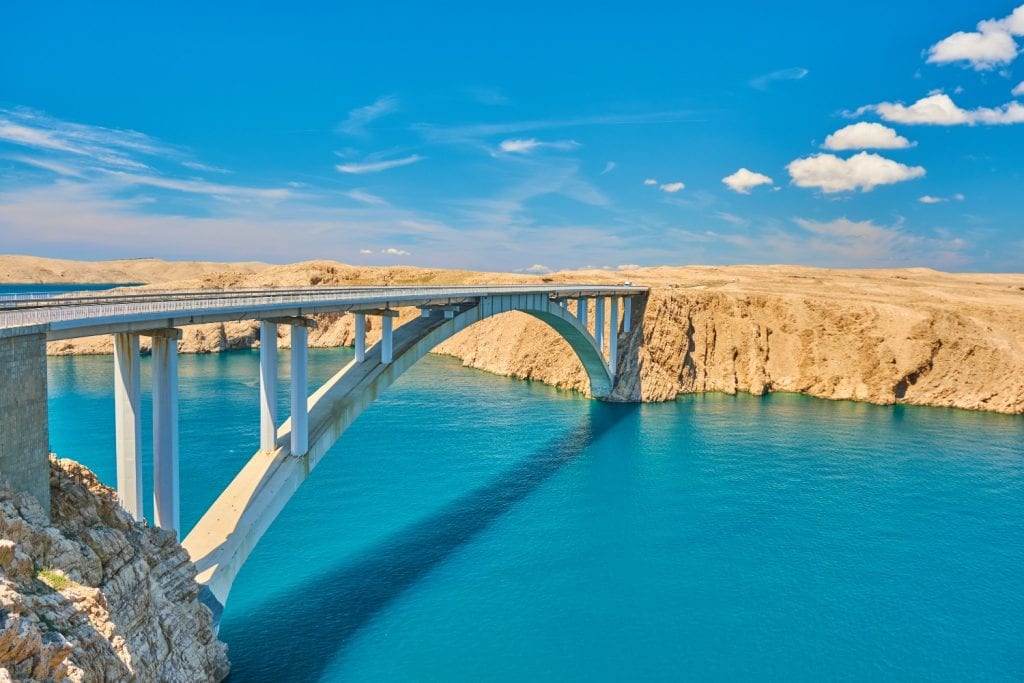 You may have heard that Pag Bridge is one of the most closed bridges in the world due to strong wind – but why is there so much wind at Pag Island Bridge, you may ask? Because of its location at the foot of Mount Velebit, the bridge is often exposed to strong bura wind swooping down from the mountain. The gusts reach a speed of over 200km/h and the effects of the wind are visible in the barren karst covering the maritime slope and the northern side of the island facing the mountain. This majestic force can turn an otherwise serene environment into inhospitable danger. 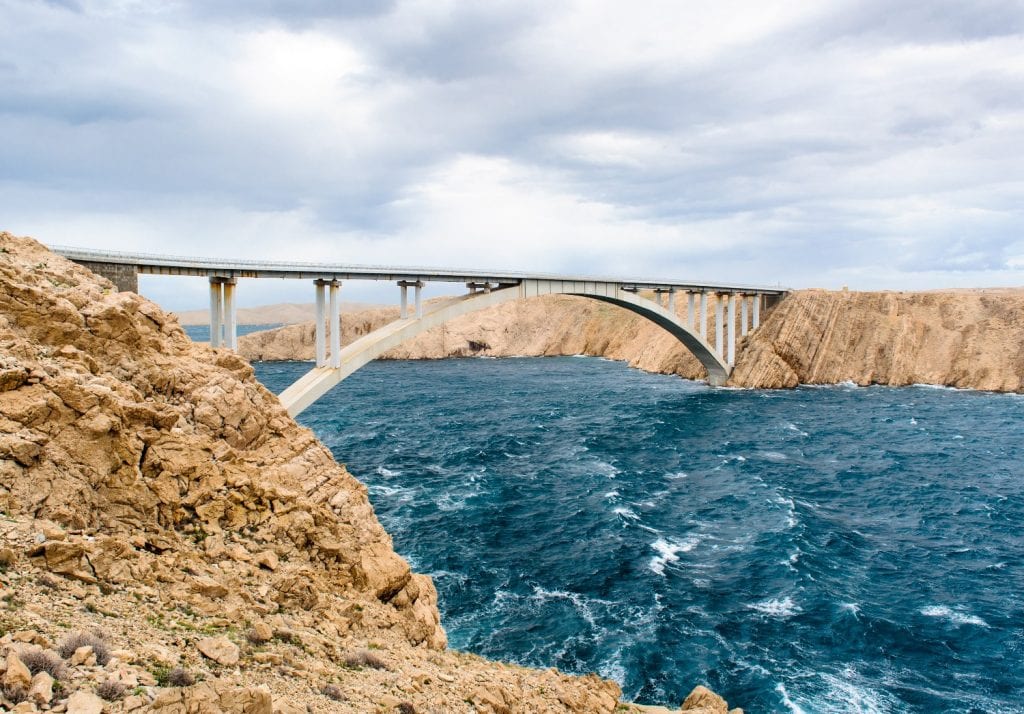 Still, the wind is not always at its strongest and under the usual weather circumstances cars can pass freely, while trucks and trailers have to wait for calmer weather. How did they build the Pag Island Bridge with all this wind then? As you may have guessed, it was not an easy task. It turned out that the year when construction was ongoing was the windiest in 25 years. There were four months of non-stop wind which made it impossible for the crane to access the site. The wind was the cause of great damage to the construction site, tearing down cranes and ripping off roofs. Nevertheless, construction was completed successfully and on time.