One of the many curiosities of the country of a thousand wonders is this tiny island that, surprisingly, looks exactly like a fingerprint.

Ancient city walls, emerald waterfalls, amphitheaters for gladiator fights, moon-like islands and sapphire lagoons… Sounds like a land from a fantasy novel, right? Yet all that can be found in Croatia. The tourist offer of the country has numerous natural and historic treasures known on an international scale, but it’s also worth visiting some of the lesser known, yet unique attractions. One of those is the islet Baljenac (or Bavljenac), also known as the fingerprint island!

People often wonder who “created” the fingerprint island. Is it man-made? Is it a natural wonder? The answer is: both! The look of the island comes from the structure of the stone dry walls on the island, called suhozid in Croatian. The length of the dry stone walls is simply staggering — there are more than 23 kilometres of stone dry wall on this tiny area of only 0.14km2 .

The walls are set in land in wavy, circular motions, so they look like ridges in the human finger. Combined with the circular shape of the territory, the paths of the stone walls give the island its unique look, unmistakably resembling a human fingerprint when viewed from above.

The location of the fingerprint island is just off the coast of Šibenik, the oldest town founded by Croatians on the Adriatic. Baljenac is right next to Šibenik’s Kaprije island, and the inhabitants of Kaprije used the fingerprint island as sort of an agricultural area. They cleared the harsh vegetation on Baljenac and built the stone walls with their bare hands, all in order to have vineyards and groves where they could plant figs and other fruit. 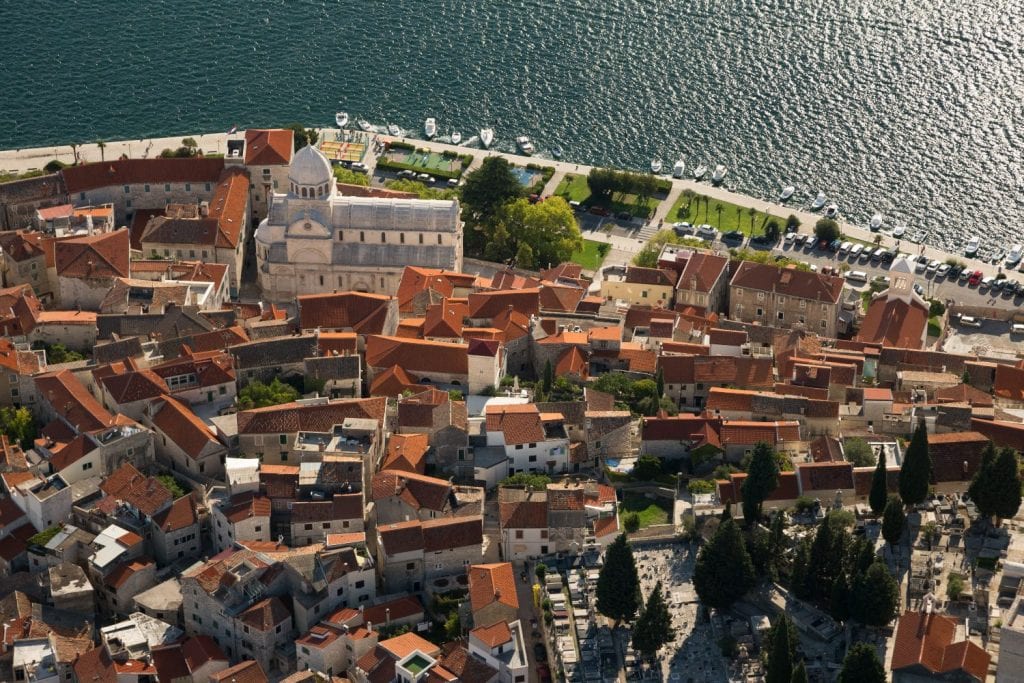 Their hard work paid off, as the dry stone structures remain intact till this day, like in many other places on the coast of Croatia, such as the ranges of Velebit and the island of Pag. Today, the hand-built dry stone walls are protected under UNESCO and serve as a reminder of the times when people had to use their physical strength and resilient spirit to find ways to cultivate crops. It was exactly that hard work and tenacity that enabled them to survive on the harsh, yet beautiful karst landscape of the Adriatic coast.