The rich culture of Croatia- things to know before visiting

Croatia is a country with colourful traditions. It varies depending on the region and has particular features that are one of the reasons why tourists visit it. Once you visit Croatia, you can learn about it mainly through its traditional gastronomy, dances, music, and history, primarily through Homeland War, which strongly influenced Croatia’s culture and way of living. Here are some of the things you should know about Croatia and its traditions before visiting it! 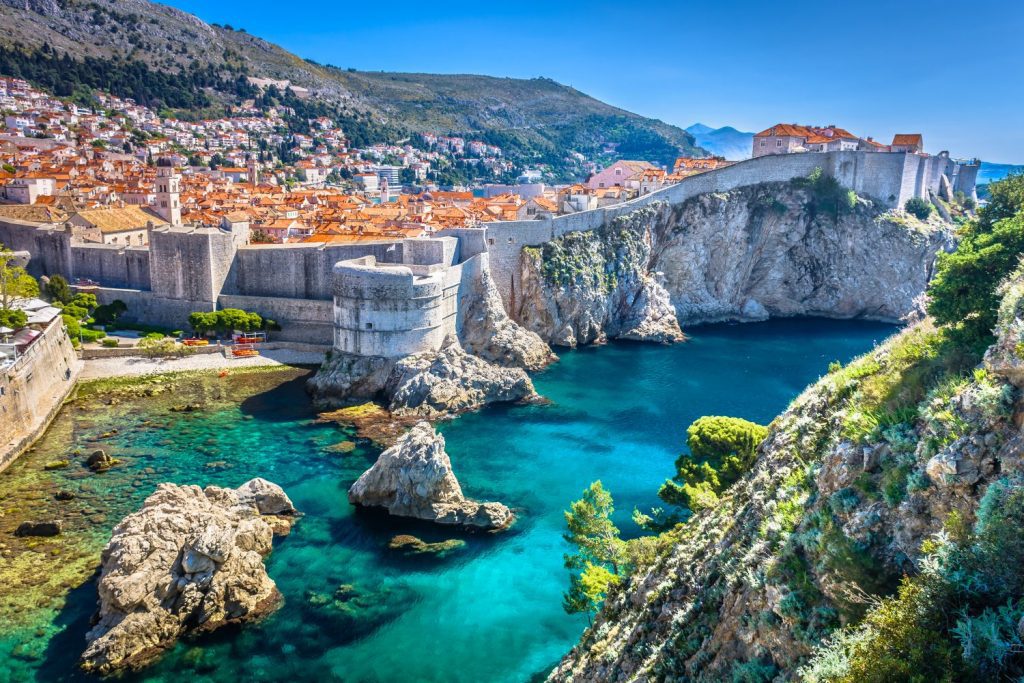 One of the most specific things related to Croatian culture is the traditional folk costumes of Croatia. There are many types of traditional costumes you can find in all parts of Croatia. Those types of costumes are related to traditional folk music. Tamburica, ganga, klapa and gusle are the most popular ones. You can listen to it live, especially in rural places of Croatia. Tamburica is the most common and most popular music genre of traditional music in Croatia. In fact, it is the name of a lute instrument which is also pronounced as tamburitza. This traditional music instrument has many different versions in different sizes. The ensembles of tamburica started to shape from the 18th century. Little by little, many composers began to compose for these ensembles. Today most of Tamburica music is a combination of folk and pop. One of the most important Gusle players in the 20th century was Mile Krajina.

The gusle consists of a wooden sound box, the maple being considered as the best material (therefore often the instrument is referred to as “gusle javorove” – maple gusle), covered with an animal skin and a neck with an intricately carved head. The instrument is always accompanied by singing; musical folklore, specifically epic poetry. Klapa is a genre of folk music that is most common in Dalmatia. It’s usually a group of men, but nowadays, there are multiple women klapas in Croatia. They sing acoustically and mostly about love. Croatian folk music is still typical in traditional weddings, which are a very important event for people in Croatia. There are usually several hundred guests at the wedding, and it sometimes lasts for days.

What surprises tourists who visit Croatia is Croatian coffee culture. Drinking coffee and going to caffe bars almost every day has an exceptional place in the hearts of Croatian people. Going for a coffee is an opportunity to catch up with friends, talk about business, go on a date or relax after a long day at work. Also, primarily because of the coffee, bars in Croatia are still smoker-friendly.

Croatia is a country with a large number of traditional dishes that every tourist should try before leaving. In the northern part of Croatia, meat dishes are better known, while in Dalmatia, you can enjoy traditional seafood dishes. A meal you need to know about if you are visiting Croatia is “peka”. Peka or sać is an ancient technique of preparing various dishes inside the eponymous bell-shaped cooking vessel. The method is mostly used to prepare meat, vegetables, or seafood seasoned and cooked together with olive oil, other types of fat, herbs, and occasionally wine. Also, a very famous cheese is coming straight from the Island of Pag, and it is called “Pag Cheese”. 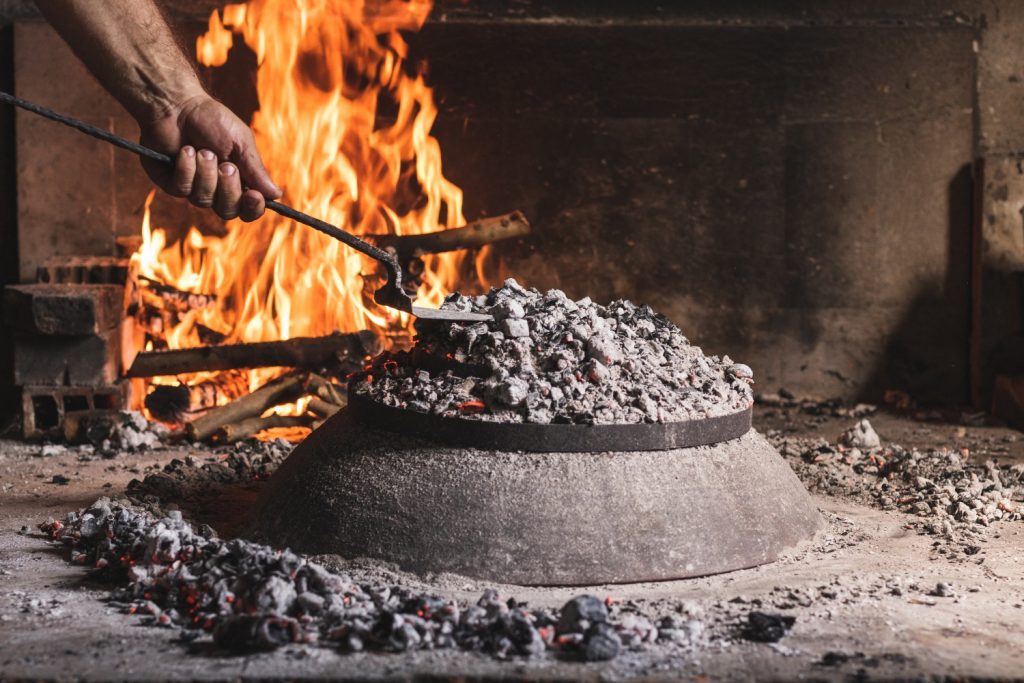 One of the main reasons you should visit Croatia during wintertime is the Croatian Christmas tradition. Croats are mostly Catholics, and Christmas is essential for them, bringing the whole family together. The Croatian capital, Zagreb, has received the award for the best Christmas Advent in Europe for several years in a row. The combination of snow, lights, the smell of mulled wine, and traditional Croatian dishes results in a beautiful experience that attracts tourists worldwide. That is proof that Croatia is not a destination worth visiting only in summer but throughout all seasons! 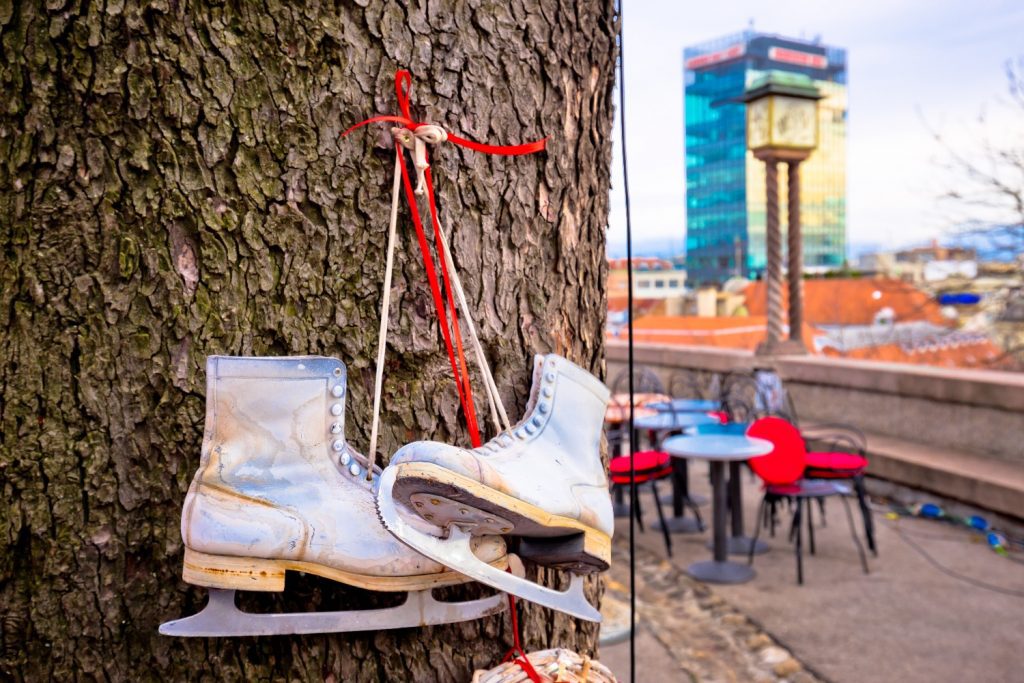 Like in many other countries, Croatians have strange things they do. The list of them could be very long, but we are giving you one example that should be enough. If you ever visit Split, you will definitely hear about Grgur Ninski, designed by one of Croatia’s most significant sculptors, Ivan Meštrović. What you need to do when you find him is to touch his big toe and make a wish. Why? No one knows.

Even though Croatia is a small country, it has a considerable history and traditions. Here are some fun facts about it:

Croatia is home to the world’s smallest town called Hum.

The waterfront in Croatia is known as the Dalmatian coast.

The HBO hit series Game of Thrones was filmed on the Dalmatian coast in Split and Dubrovnik.

A person from Croatia holds the record for the largest white truffle found.

The most famous beach in Croatia is in Bol, which is on the island of Brač.

Croatia is home to the amphitheatre in Pula which was once the home of the bloody Roman gladiator fights.

Wine is made in Croatia thanks to the Greeks’ influence from two and a half thousand years ago.

At least 10% of the land in Croatia is made up of 8 national parks, 11 nature parks and two nature reserves.

The lucky people in Croatia enjoy 2,715 hours of sunshine a year.

According to Alfred Hitchcock, the seaside city of Zadar in Dalmatia holds the title of the best sunset in the world. 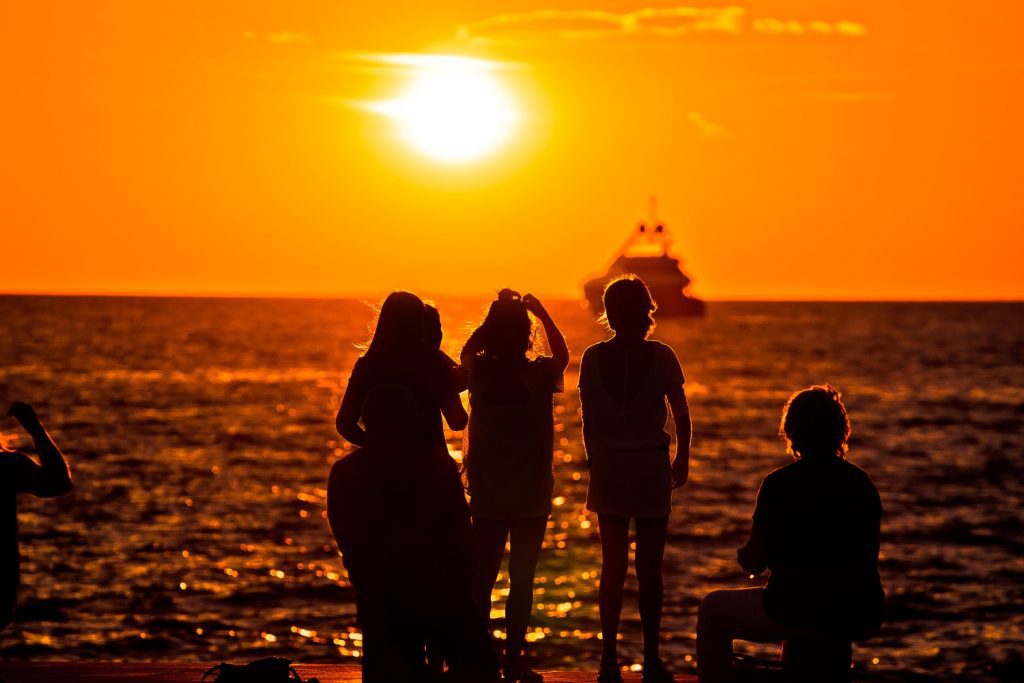 Visiting Croatia is like visiting a small place with a sizable history. You can enjoy its beauty, music, gastronomy and a way of living which is often considered slow and calm. You can learn the most about its past through museums and galleries that are located throughout Croatia and perfectly show the entire history of this beautiful country. But if you ever get a chance to listen to traditional music or to taste some of Croatia’s most famous dishes (and rakija, of course!), give it a try because no museum can replace your own experience!