Top 10 things you must see and do in Split

So much to do, so little time! Split is a treasure trove for Roman architecture enthusiasts.

If you’re wondering where is Split, it’s nestled in the beautiful Dalmatia region, and it’s the second-largest city in Croatia. The region is known for sunny weather, amazing Mediterranean cuisine, stunning beaches, traditional klapa singing and a love for taking things easy.

If you’re planning a trip to the region’s biggest city and you’re looking for things to do in Split, here are our suggestions.

An example of the best-preserved complexes from the Roman Empire, Diocletian’s palace is the heart of this city. The Roman Emperor Diocletian built it in the year 300, and it’s where he remained till the end of his days. The Palace holds so many wonders — the Temple of Jupiter, the central square called Peristil, massive gates and basement complex.

Today it’s a part of Split Old Town and has been on UNESCO’s world heritage list since 1979.

Another ancient Roman building is the beautiful octagonal Saint Domnius cathedral. It was built as a Mausoleum of Emperor Diocletian in the 4th century. By the 7th century, it was converted into a Christian church and adorned with beautiful handmade wooden doors depicting 28 acts from Jesus’ life. Visit it and attend a mass to enjoy all its splendor. 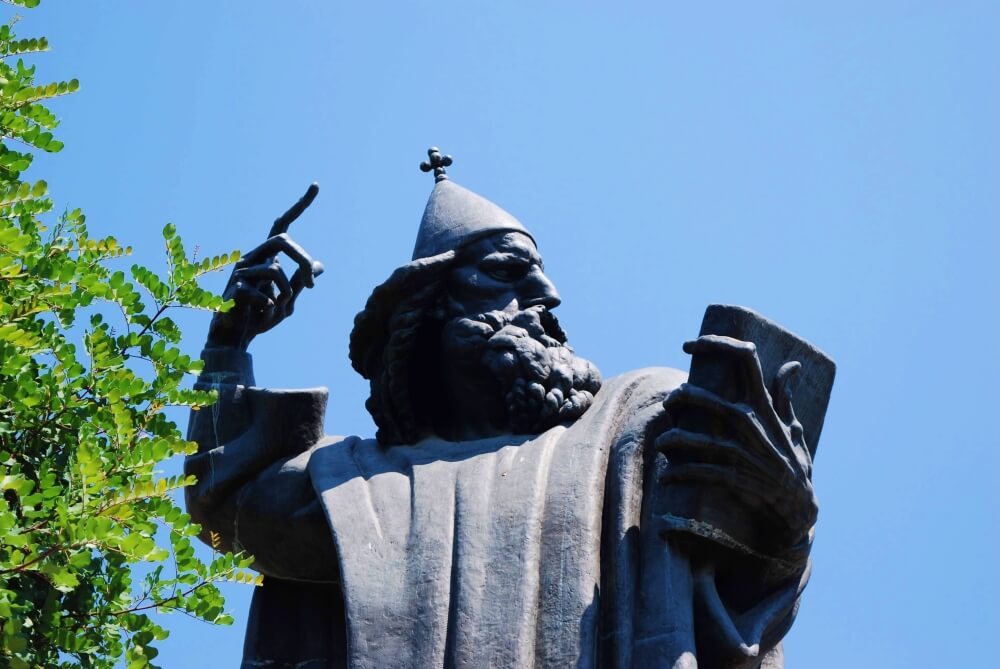 Gregory of Nin was a prominent bishop and advocate of the Old Church Slavonic language and its usage during church service. A bronze statue in his image was created by Ivan Meštrović and stands on King Tomislav Square. Once you see him, you should touch his big toe, it’s said that this brings good luck.

Prokurative, also called the Republic Square, is a beautiful square with views of the Riva.

The square was imagined by mayor Bajamonti, who wanted to make Split città del avvenire, or a city of the future. His vision came to life in 1859, with the opening of the square’s most prominent building, Teatro Bajamonti.

What central squares are in most cities, the Riva is in Split. Located on the waterfront on the Palace’s south facade, Riva is a promenade packed with restaurants with delicious Dalmatian food, and cafes perfect for lounging in the Split sun. In the evening, Riva becomes a central place for Split’s nightlife. 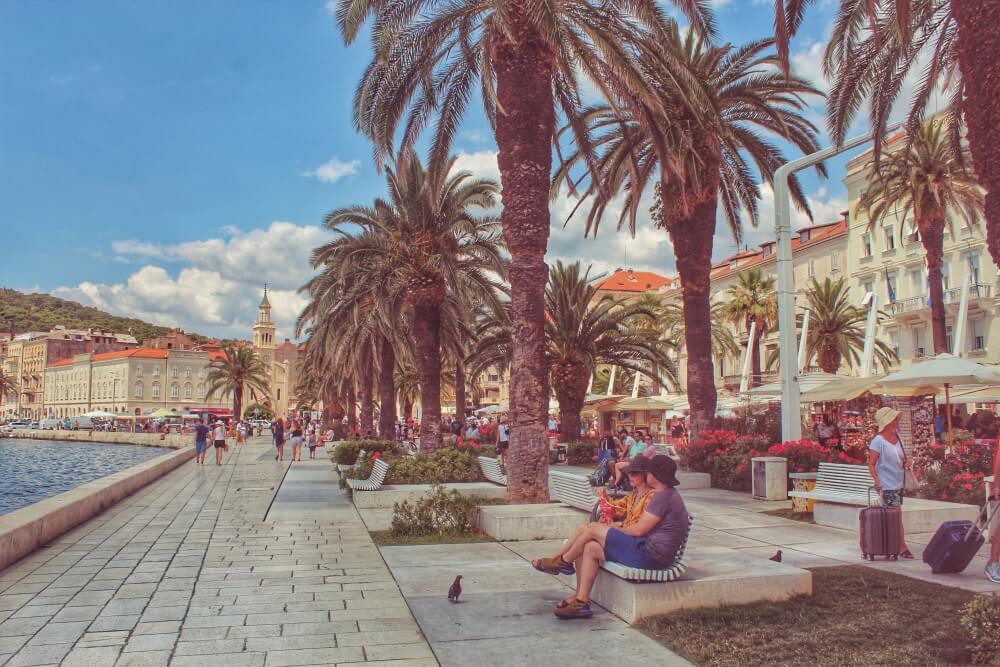 A beautiful example of baroque architecture, Cindro Palace was the Cindro family home. Built in the 17th century, it’s located on the Krešimir street, which connects the Silver gate with the Iron gate. If you’re wandering the Split Old Town, you surely won’t miss it.

Ivan Meštrović, the author of the Grgur of Nin sculpture and one of Croatia’s most prominent sculptors and architects, built his family home in the western part of Split. The magnificent villa and surrounding park are home to his marble sculpture masterpieces, paintings and portraits.

The Diocletian palace has four grand doors: Golden, Silver, Brass and Iron Gate. The Golden Gate is the most important gate in the Palace and was to be used exclusively by emperor Diocletian and his family. The Silver Gate was the east-west access to the Palace, the Iron Gate allowed entrance to the emperor’s sulfur spa, and the Brass Gate guarded the sea exit from the Palace. 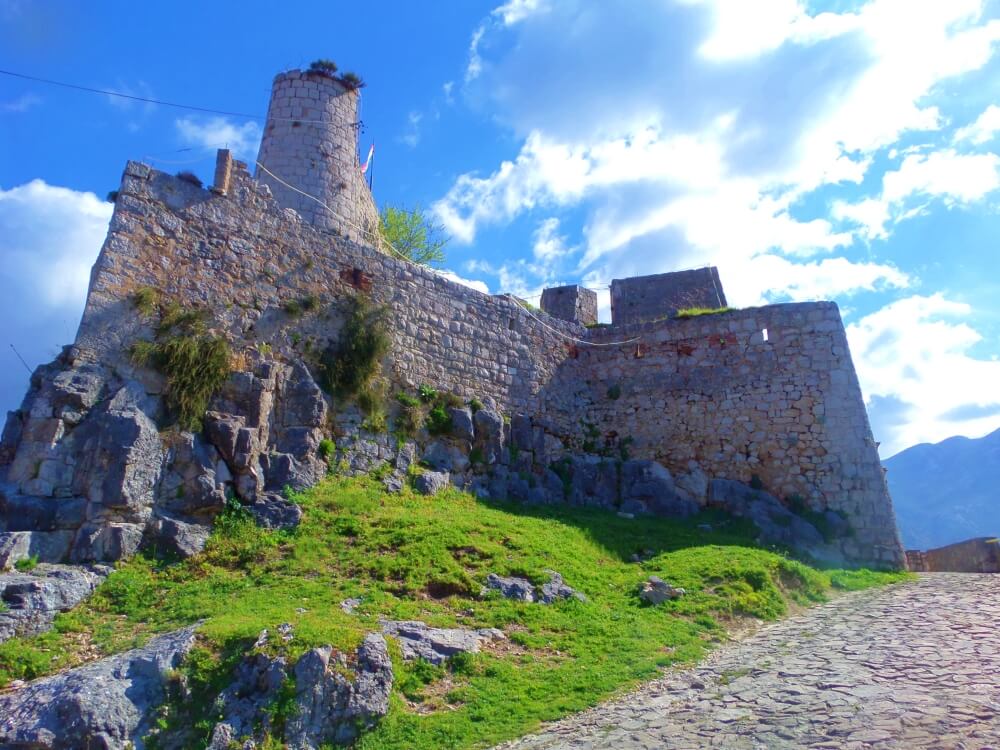 Marjan is a hill in Split, a green oasis covered in pine. It has been used as a park since the 3rd century, and even Diocletian used it for recreation. Today, it is a favorite picnic spot for the people of Split and a popular lookout point for tourists who want to enjoy sweeping views of the sea and Split.

While in Split, we suggest you take a drive to Klis, the first Croatian capital and home to one of the best examples of fortification architecture in the country. Klis fortress was an important strategic advantage against the Turkish invasion. It’s perched on a cliff and practically unreachable but from one side.

Split, like the rest of Dalmatia, is absolutely wonderful in autumn and winter. Explore the entire Croatian coastline without the summer crowds and start by booking your holiday in Camping Village Šimuni!