Top 10 Croatian cities to visit on the Adriatic coast

Rosemary and lavender bushes on every step, small local markets with fresh seafood, warm Mediterranean climate, and shimmering sea offering its cooling effect even on the hottest summer days. These are just some of the reasons you should visit Croatian cities by the sea. But how to choose, and where to go first? Here’s our top ten list, so bookmark this for the next time you’re on the Adriatic coast, and get ready to be blown away!

Many say Zadar is the city with the most beautiful sunset in the world. You can enjoy the view at the Greeting to the Sun installation, accompanied by the music of the sea coming through the Sea Organ. While visiting one of the most vibrant Croatian cities on the Adriatic, don’t miss its famous pre-Romanesque symbol, the St Donat church.

Next on “the best Croatian cities to visit” list should be Šibenik, the oldest town on the Adriatic founded by Croatians. It’s one of the five cities in the whole world with two UNESCO World Heritage Sites — the Cathedral of St James and Fortress of St Nicholas.

Trogir is one more city by the Croatian sea whose history goes back centuries. Influenced by the Greeks, Romans and Venetians, Trogir’s historic centre is home to an abundance of palaces, churches, towers and fortresses. Once you visit it, you’ll know why the town’s nickname is “the stone beauty”. 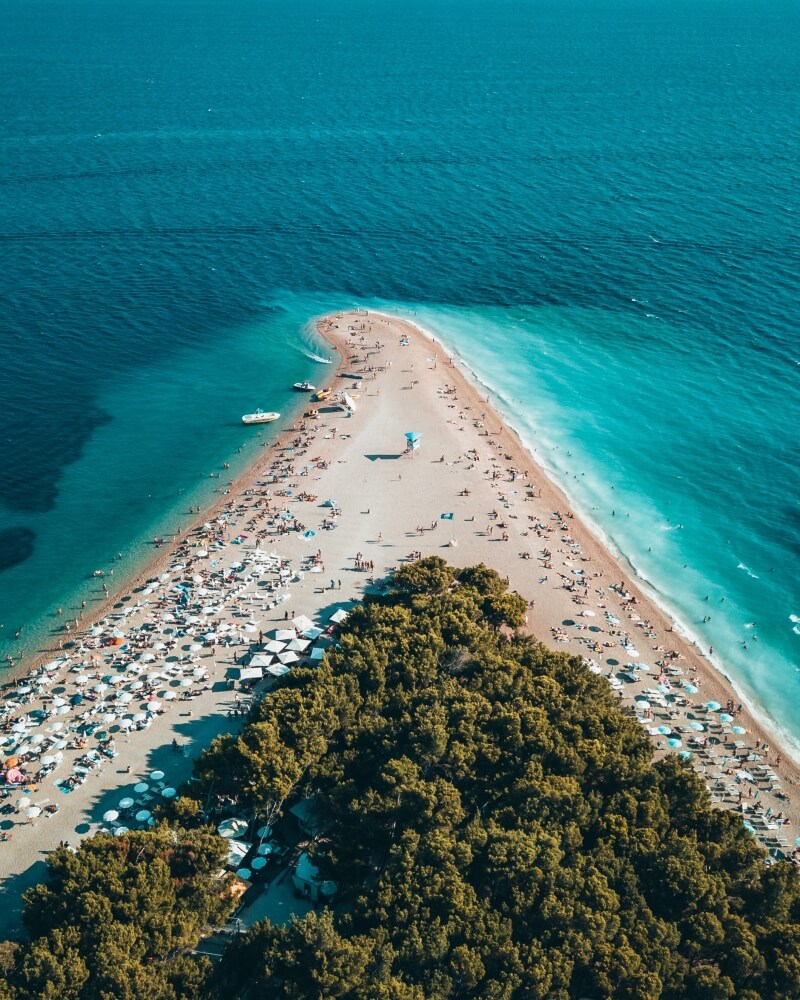 Situated on the popular island of Brač, the old town of Bol is a place of small stone houses and streets dotted with purple geraniums. But the real gem of this historic town is Zlatni rat, the most photographed beach in Croatia, whose narrow pebbly end extends 400 metres into the sea.

Of all Croatian cities by the sea, Makarska is the one with the most extensive network of surrounding coastal villages. Makarska Riviera stretches for 60 kilometres along the Adriatic coast and incorporates numerous beaches, pine forests, and bays, all squeezed under the towering Biokovo mountain.

In the Roman times, Split consisted only of Diocletian’s Palace. With the palace still standing 17 centuries later, Split became the largest of all Croatian cities by the sea, and its entire historical core is under the UNESCO World Heritage list.

Dubrovnik is one of the most prominent tourist destinations, not only on the Croatian coast but all of the Mediterranean. After you take a walk on the ancient city walls, you can stroll to Stradun, the town’s main street, and have a drink in one of the many nearby cafes.

If you’re looking to spend your holiday browsing through various charming towns and villages, you should head to Istria, a peninsula on the northern part of the Croatian coast. Its star attraction is Rovinj, a town with steep cobbled streets and little squares which house luxurious hotels and villas. 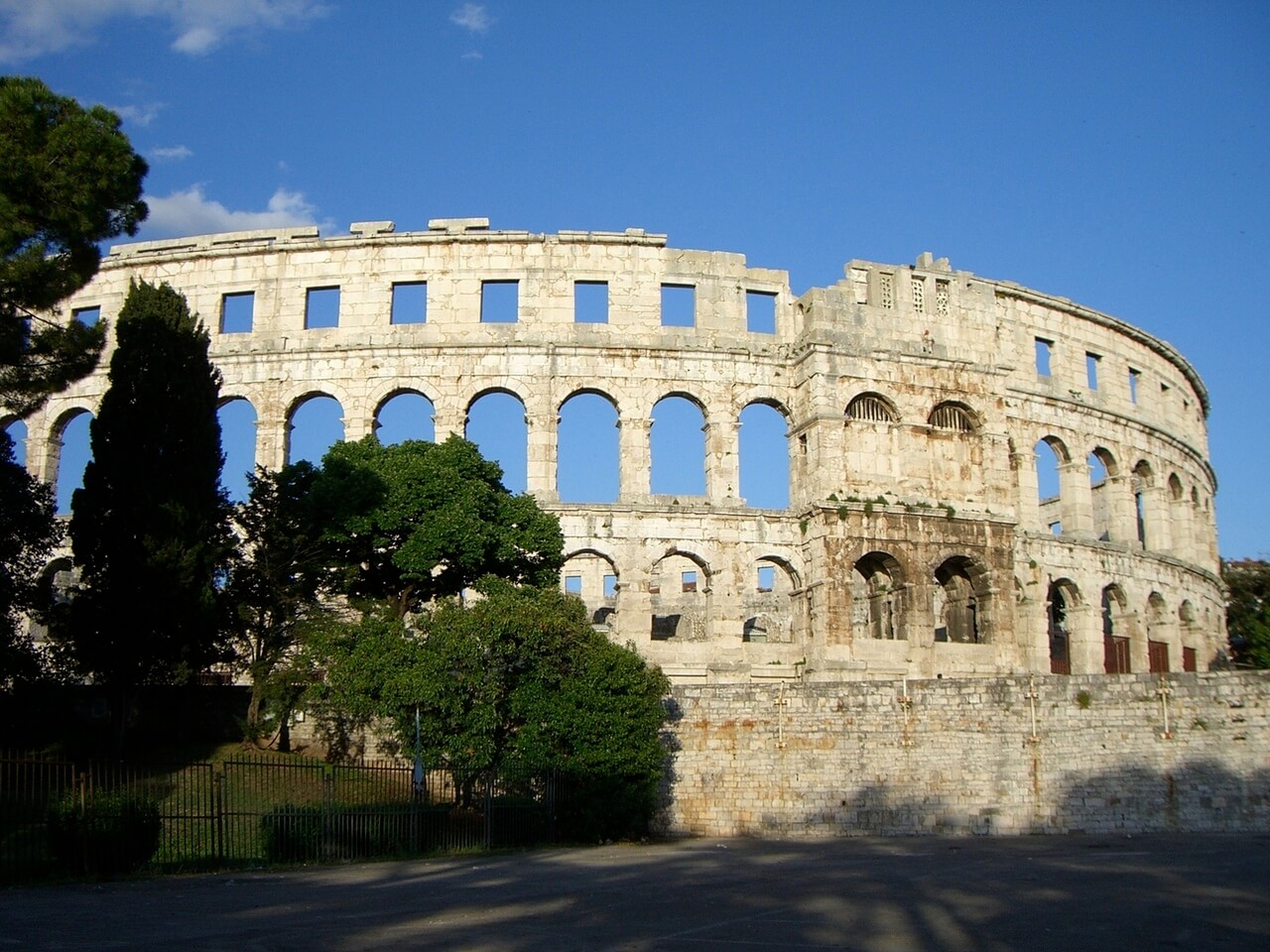 Pula holds one Istrian landmark which attracts visitors with its imposing magnetic presence. Pula Arena, an amphitheatre designed for gladiator combat, is a real gem of the Roman architecture and a testimony to an important part Pula played in the rise of the vast empire.

The Euphrasius Basilica is the most valuable monument in Poreč, but this Istrian town has a lot more to offer. Its many biking tracks made it a popular destination among cyclists and a nearby Acquacolors waterpark is perfect for a fun family day trip.

Croatian coastal cities are places of dynamic modern life among ancient walls. Next time you’re in the land of a thousand islands, make sure to visit at least one city from our top ten list. Let the tour begin from Camping Village Šimuni!